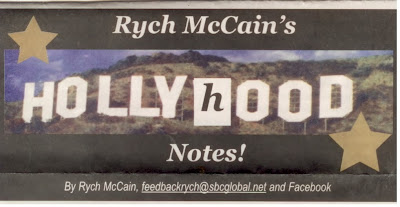 
It is that time of year again where I personally select favorites for my TOP TEN LIST OF HOLLYWOOD’S MOST TALENTED YOUTH! The candidates (18 yrs and under) are selected strictly from the interviews that I have conducted with them, which intern ran in my Weekly Internationally/Nationally Syndicated Entertainment Column as a photo-interview feature. If I didn’t interview you – you don’t qualify for my list! It’s that simple (hint publicists, young artists and anyone else who feels left out)!

As with every year, my hat goes off in a major salute to the parents of these exceptional young artists who have made untold sacrifices well beyond what many parents would be willing to make such as pulling up stakes and moving the entire family to LA or whatever else it took for their child or children to make it in the biz. The ten winners selected are without question the best of the best! They too have sacrificed, trained hard, done without and burned gallons of the midnight oil it took to get to where they are and they are just getting started! Rych McCain salutes all ten of you who are now a part of my media family and I wish that the best is yet to come for each of you! May continued success be yours!

The ladies on my list will receive The San Francisco Collection Nail Lacquer kit by O.P.I., the world’s leading beauty marketer for nail Lacquers.

The awardees are listed alphabetically starting with:

1.  Onota Aprile (age 7); Onota has the distinction of being the baby of this year’s List. She basically carried the entire film in her lead role as Maisie, a child torn between two fighting divorced parents in “What Maisie Knew” for Millennium  Films.

2. Jacob Bertrand  (age 13);  Jacob is being groomed as the next Disney XD Channel superstar and he has the acting chops, the looks and a large body of work for experience to pull it off, no questions asked!

3. Jaden Betts (age 11); Jaden is the jubilant voice of the animated character Donny McStuffins on the Disney Junior Channel.

4.  Skylan Brooks (age 13); Skylan demonstrated an awesome display of acting chops range as a child named Mister in the Code Black/Lionsgate film “The Inevitable Defeat of Mister and Pete.”

6. Savanna Jayde (age 19); Savanna was 18 when her feature ran and just turned 19 so she is still eligible for my list. She plays Dani in the Arc Entertainment movie “Space Warriors.”

7. Chloe Grace Moretz (age 16); Chloe makes my list for a second time and is starting to become one of my favorites. For this go-round, she reprises the role of Carrie White in the re-make of the Stephen King classic horror film “Carrie” for MGM/Screen Gems Pictures.

9. Yara Shahidi (age 13); Yara has been melting hearts on the big and little screens for some time. She is gaining big time attention as the young Olivia Pope on the mega hit  ABC-TV drama “Scandal” as well holding down her regular cast role as Chloe Johnson on the CBS-TV sitcom “The First Family.”

10. Hailee Steinfeld (age 16); Hailee turned a lot of heads her way with a “Best Supporting Actress” Oscar® nomination in 2011 for the re-make of “True Grit” for Paramount Pictures. She makes my list for her touching portrayal as Juliet in the yet another re-make of the Shakespearian classic “Romeo and Juliet.”