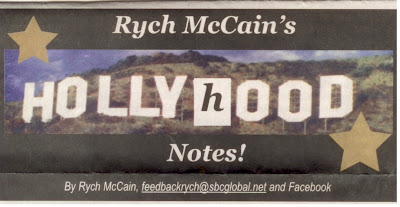 She has sweetness and charm in such abundance that it is difficult not to melt in her presence. Eight year-old Jordenn Thompson also has the gift of acting talent to combine with the charm that is bound to take her far in the realms of TV and Films. She has a major role in the new Tyler Perry film “Good Deeds” playing Ariel, the daughter of Lindsey played by Thandie Newton. Being in a major motion picture is a big step for an eight year-old, especially when one considers the mature mindset and discipline that it takes to act on that level. How did Thompson arrive at that point so young and what motivated her to get into professional acting? She smiles and says, “I started acting when I was four. I don’t actually remember when I got started. I think I just kept watching movies and I told my mom that I wanted to be in a movie. So I started acting.”

Of course the training came and she began booking child modeling gigs for Gap, Old Navy, Children’s Place, JC Penny, Walmart and Target to name some. This was followed by commercials with McDonald’s, Sears, Humana, The Disney Channel and others. TV roles eventualized such as “Fake It Til You Make It,” which lead to films. In the movie “Good Deeds,” Ariel and her mom become homeless and have a very emotional rollercoaster ride with scenes that called for a wide range of reactions. How difficult was it to cry among other emotions? Thompson snaps that one up without losing a beat. “That was hard because when I went in for the auditions, I was so excited that I couldn’t cry that much at all. But I didn’t actually cry, I just put my head down and was pretending to cry so it was funny. I was trying not to laugh too.” The movie on screen takes place in San Francisco where all of the exterior shots were filmed but the actual shoot of the project happened in Atlanta. So what was Thompson’s experience working with Mr. Perry?

She lights up, “He was so cool. He always treated me like a princess. He was so nice to me. He gave me flowers everyday so it was cool.” What was her initial reaction seeing him in person for the first time? Thompson reflects, “He’s the biggest star I’ve seen before in a movie.” Thandie Newton and Thompson looked very realistically close as mother and daughter. How much was she like a real mom to Thompson? She flashes that charming smile and says, “She always took care of me and she was the sweetest girl that I’ve every met before so it was fun working with her. She helps me out a lot. She makes me be Ariel. She does the part really good and it helps me do the part really good.” In dealing with the subject of homelessness, what does Thompson hope the movie goers will take from this film? She says, “They would go home thinking, what if I got homeless? And say if I ended like that, I’d be really happy.” Of course she is referring to good fate she and her mom has at the end of the film.